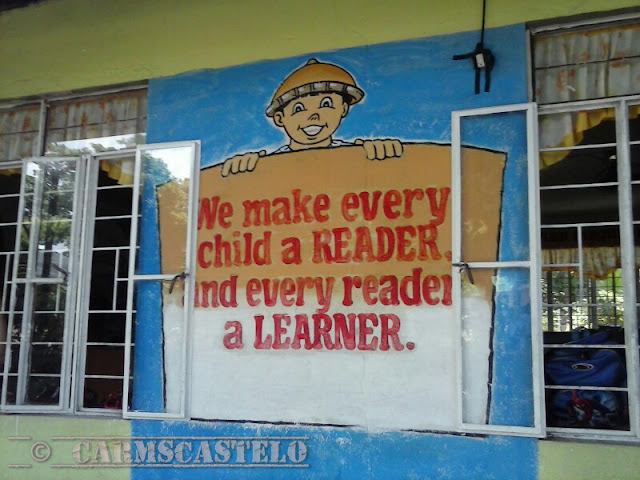 This photograph was taken by my 6-year old daughter from her school. This is actually what her classroom looks like from the outside. Typical for hot summers being in a tropical country, an air-conditioned public school classroom can rarely be seen in the Philippines. This classroom houses about 50 public school grade one pupils.